If, instead of Homo sapiens, the Neanderthals or Homo erectus had become the dominant species on Earth, would they have reached a similar point of absurdity with their world as we are today? I guess.
Especially if we believe that human nature has not changed much during these thousands of years. This brought me to the idea of a shifted time-space parallel to ours, inhabited by people similar to us,
but not quite the same. Geographically they would be on the same spot as we are today, yet on the temporal axis, they could stand wherever. Their physiology and behavior seem familiar, however,
we cannot say that we understand them. This contradiction creates a chasm between us and helps open a window into the surreal landscape of Inner Cosmos. A landscape whose environment combines
dreaminess with realism and places the people in the very geographical point which, with its nature, has largely defined me as an author. To emphasize the importance of the environment, landscapes
without people became a separate theme in Inner Cosmos, which I have conditionally named Solstices.
Despite the contradictions, we also recognize the emotions familiar to us among the inhabitants of Inner Cosmos. Perhaps most recognizable among these is a concern. Concern for themselves,
their companions, and their environment. On the one side, there is a man gently embracing the last plant in the world; on the other, a beautiful primeval couple, intertwined into a single sculptural form,
is now laid to rest in their once imagined bed. This is also one of the few photographs with a strong connection between people, whereas in most images they can be very much alone, even among others.
We will never know exactly what Orson Welles meant with his famous sentence, “We’re born alone, we live alone, we die alone,” to which he added, “Only through our love and friendship can we create
the illusion for a moment that we’re not alone.” The exhibition was created in cooperation with the foundation of cultural partnership, Kultuuripartnerluse SA, and is supported by Mart Habakuk, Jüri Käo,
and Indrek Prants.
Many thanks to all the models and helpers!
The displayed works were printed and formatted by Artproof
Soundtrack: Sven Sosnitski 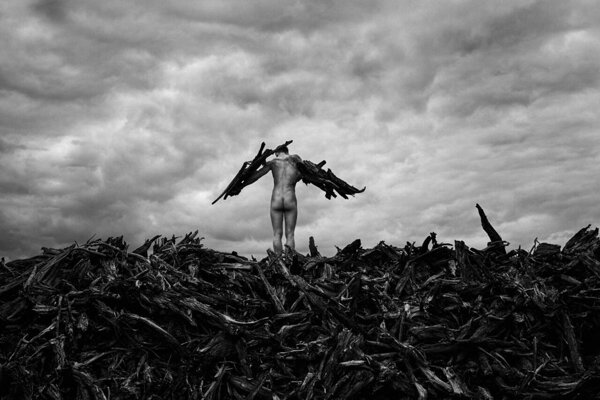 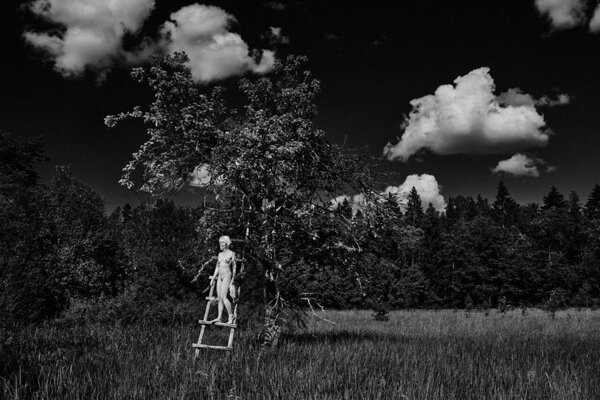 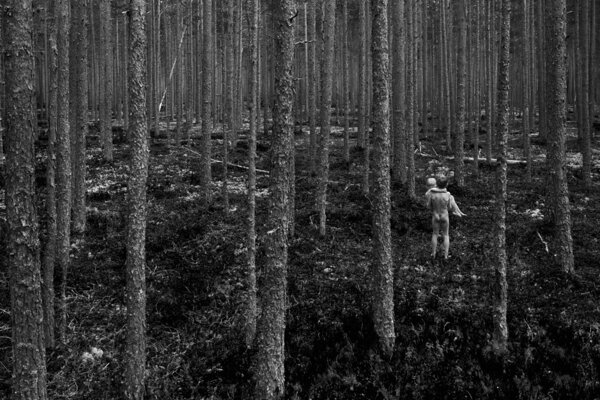 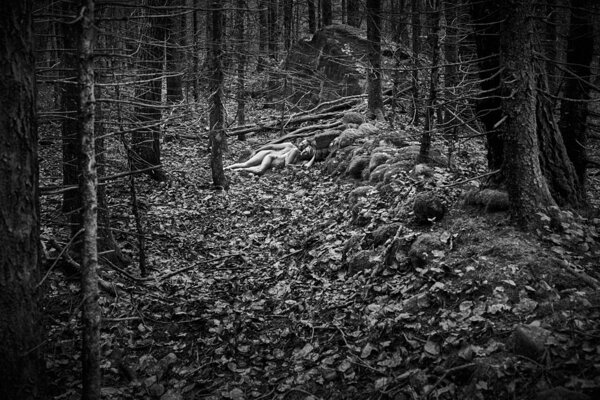 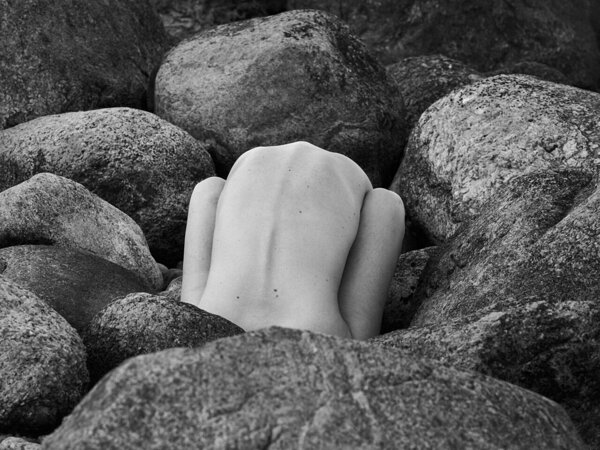 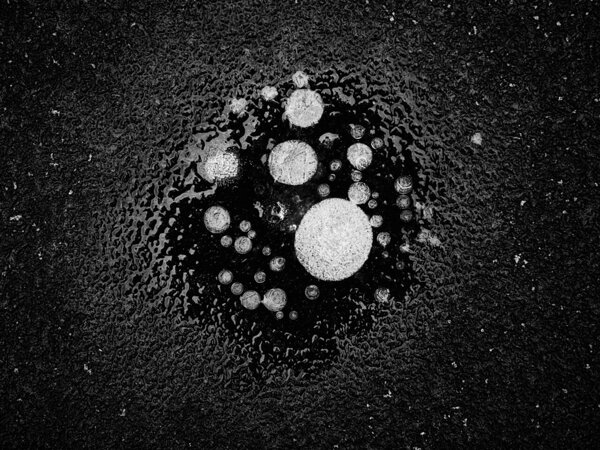 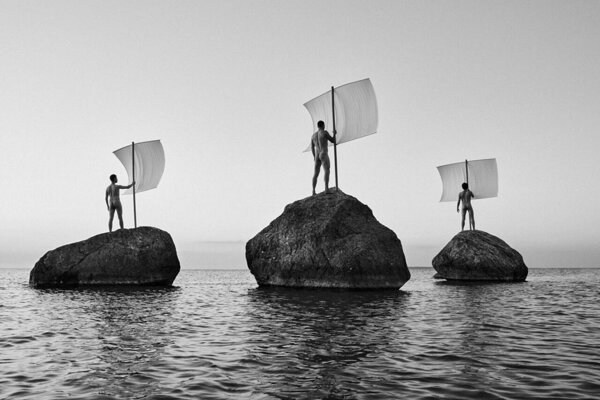 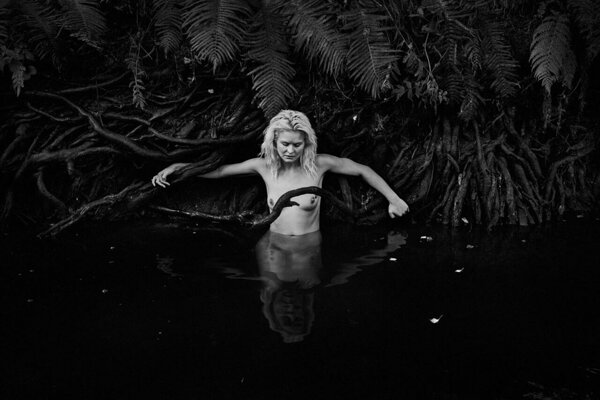 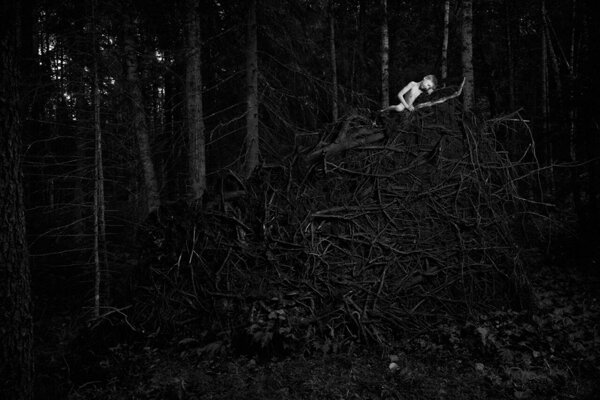 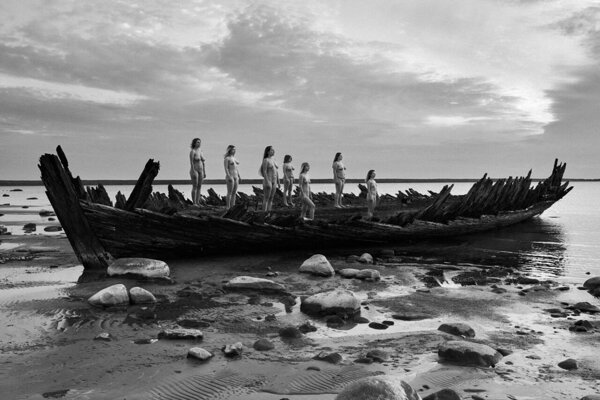